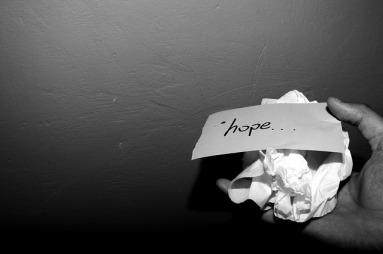 Part of working in a church with students, means I get to have awkward conversations and hard conversations at times. It also means, I get to spend time watching these students grow and see the fruit of God at work in their lives.

One of those hard and awkward conversations is sex.

Yes, I get to have a dialogue about sex and sexuality with students.

The premise is great. Wait until you’re married to have sex. It’s the easiest way to live an untangled, uncomplicated, romantic life. No baggage. Or at least the potential of no sexual baggage. But just don’t do it, doesn’t work. And even more than that, the view of sex, sexuality, and purity propagated by that message is broken.

Sex became dirty, naughty, and more than that, a pharisaical view of purity and holiness was tied to just not having sex and covering up. It has left a good number of adults and teens with broken views of sex and sexuality. From what I can see, the bad outweighed the good.

Now I’m not advocating people “show off the goods.”

What I want us to consider, as a child of the 90s and now as someone who works with the 18 and under crowd, is that our view of sex, sexuality, and purity needs to be reworked (in areas).

I was reading a book this week, that came out this year (2015), that still hinted at the idea that if a girl wears revealing clothes, she’s kinda asking for it. And at some points pretty much said as much.

That is so wrong, I don’t know how to even justify why a person would write that.

And yet, in Christian circles we praise this idea of “modesty” in girls so that we don’t “cause the male counterpart to stumble.”

My husband and I have had many conversations on this subject, and both of us agree. This is wrong and a demeaning line of logic. It not only demeans girls (and women) and declares in a round about way that they are in fact sex objects, but it demeans boys (and men) and treats them as if they are blameless animals acting upon instinct.

This also means though, that no matter what a girl (or woman) is wearing, she is NEVER, I repeat NEVER, asking for it!!

Because what these Christian views of “modesty” that say a girl shouldn’t lead a boy astray with her clothes, don’t say is that women are sexually assaulted and accosted no matter what they wear. Women dressed in “modest” clothes get cat called and verbally assaulted in a sexual nature walking down the street in major cities.

I’ve had it happen to me when I was wearing a t-shirt and jeans.

Dressing “modestly” doesn’t protect against that.

Secondly, we need to teach our boys (and men) that it is their responsibility to deal with the lustful and sexual thoughts happening in their head. As much as any man (or woman) wants to argue otherwise, no person is responsible for the unwanted sexual advances of another. Which means, it is not the job of girls(or women) to be their brother’s keeper in regards to lust and sexual advances.

We’ve allowed boys(and men) to be off the hook in regards to their own temptations. We say, oh they can’t help it, they are more visual than women. They have higher sex drives. And so on.

Well I’m calling it for what it is…..BULL CRAP!

And also, you ever notice how in the the Christian circles, it’s mostly men writing about both men and women? And it also seems to be coming from a more strong complementation perspective. Now I’m not trying to bash complementarians here. I respect that many godly people believe in a complementarian lifestyle, and have come to such a perspective through the working our of their faith. I however just disagree and ascribe to an egalitarian perspective. But I digress.

It follow though, if people ascribe to a belief that gender roles are nice neat black and white boxes, modesty then would primarily be a girl issue, while pornography and sex drive would be a mostly male issue. Now I may be wrong here, but I don’t think I’m too far off.

I think what it comes down to, is that within Christian culture and even within Western society we are afraid of women who demand to be treated as fully human and sexual beings(Oh the horror). This is what happens when we promote patriarchy so much so that we ignore the full humanity of women.

There are also denominations and churches that use the Bible to keep women out of the pulpit and out of some ministry roles.

I’ve gotten a little off topic so let me circle back.

When we talk about “modesty” and “purity” we put more emphasis on what girls can do to not face the “unpleasant consequences,” rather than how we have led boys to believe the lie of “boys will be boys.”

It reminds me a little of the encounter Jesus had with the religious leaders in John 8. The leaders cared more about catching Jesus and using the woman as an object to trap Jesus.  They didn’t really care about the sin she and a man (who wasn’t dragged with her) committed. Or heaven forbid we talk about the fact that King David raped Bathsheba, and not that he had an affair with her.

I don’t know about you, but if a person of power, who could kill me if I disobeyed, wanted to have sex with me, I wouldn’t have much choice in the matter. David went looking for trouble, used his power and influence, and took advantage of a situation. An affair requires choice in both parties, rape only requires choice with one party.

But the good news in that story is that God still had grace and he protected Bathsheba. She was not punished, because she didn’t sin in that story.

We need to start from a place that affirms people as being made in the image of God, designed to feel joy, pleasure, sexual satisfaction and intimacy in the bonds of marriage. We need to remove shame from the equation. Satan uses shame and condemnation, God does not.

We need teens and adults to know that just because they may have made bad choices in the past doesn’t not mean that they are now a crumpled broken flower that no one else will want. Because unfortunately, that message has been passed on to many teens and adults. Those types of illustrations only serve to demean and objectify people.

We need to also teach boys and girls (as well as men and women) that they alone are responsible for the thoughts in their head. It is not the job of someone else to dress more modestly so that they might not “sin as much.” For goodness sake, it does not read in 2 Corinthians 10:5, “only take thoughts captive when it easy and when someone is modestly dressed.” NO it reads, “we take captive every thought to make it obedient to Christ.” (NIV)

You see it comes down to this simple fact. Temptation exists in this world, and unfortunately the devil has found a foothold. He has found a foothold in men to get them to believe that it is not their responsibility to be on guard for the thoughts in their brain at all times. We’ve instead helped promote the message that men are only responsible for their thoughts if women are dressing “appropriately.” Otherwise if a girl(or women) is dressing immodestly, she’s partially responsible for what is happening inside the brain of said guy.

No one said living this life according to the model set by Christ, would be easy, In fact it is a whole lot harder to live above “base level desires.”

And this is the problem of divorcing any “sex talk” or “purity talk” from the holy living we are called to do as Christians. Discipleship should encompass all areas of our life. Not just our church or “religious” life.

We were created to be whole beings who are living holy lives. Why don’t our sexual ethics reflect that within Christianity?

I guess that is ultimately what I’m trying to get at. Why are we leaving people in boxes burdened with stereotypes, and sexualizing things in ways that just leave people hurt and broken and filled with lies?